Getting to Thornbury in the Age of Henry VIII 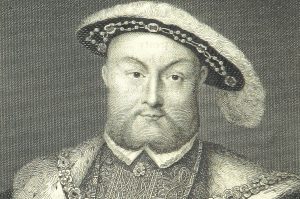 Bowling along today, or impatient because you are delayed for a few minutes, it is easy to forget the difficulties of travelling at the time when Thornbury was a residence. It was possible to approach the area of the castle by water or by road. Indeed, this helped explain the strategic importance of the site. It oversaw the route from South Wales into England, the route taken by past rebels and invaders, a route for which nearby Aust was a key ferry port.

Secondly, the Severn valley was an important route into England. Moreover, Thornbury was close to major economic centres, including cloth-manufacturing towns in the Cotswolds, and Bristol, one of the top four cities in England.

A multitude of circumstances made journeys unpredictable and hazardous, including theft and violence, breakdowns in equipment – wheels and rudders failing, axles and masts snapping, ships springing leaks, and horses bolting – and accidents caused by poor and unreliable road surfaces, or by boats capsizing crossing rivers.

Roads were greatly affected by rain, especially on heavy clay soils, for example in south Essex, the Midlands, and the Vale of Berkeley in Gloucestershire, where wheels churned up the mud into impassable quagmires, on the greensand of the Weald in Kent, Surrey and Sussex, and in the Exe Valley in Devon. Road construction and maintenance were of limited effectiveness in marshy regions, such as the Fens and the Somerset Levels, each extensive regions where there were no real roads. In the Somerset Levels, trampsmen and women carried packs of goods to villages that were inaccessible to wagons or even packhorses. In addition, valleys such as the Severn, Trent and Thames were prone to flood and their soil was often heavy and difficult to traverse. Instead, most land routes sought to follow ridges where the soil was drier. Many of these were routes that went back through the Middle Ages, and even to pre-Roman times.

“What need the bridge much broader than the flood?” (Much Ado About Nothing, I, i) is a question that listeners would have understood, flood in this quotation meaning the flow of the river, not the extent of a flooded river. On land, spring thaws and autumn floods could bring problems. They did so in particular by sending rivers into spate, which made them dangerous, even impossible, to ford: fording was the standard means by which many rivers were crossed. Thaws and heavy rain flooded low-lying areas, such as the Somerset Levels and the Fens, and, indeed, along most rivers. The Fens were permanently flooded, and people made a living of sorts, eel catching or reed harvesting, out of that landscape. Floods played a role in Shakespeare’s plots, as in the failure of the rebellion of Henry, 2nd Duke of Buckingham in 1483 in Richard III. This rebellion indeed failed totally, in part due to the flooding of the River Severn: “by sudden floods and fall of waters, Buckingham’s army is dispersed and scattered” (IV,iv) writes Shakespeare. However, that flood was more significant by making it impossible for the rebel forces to combine. Having not yet in effect been canalised, as was repeatedly done in the nineteenth century, most rivers were shallower than their modern counterparts, and had broader courses with lower banks, and were thus harder to bridge (although not to ford) and far readier to flood. There were no real flood-prevention schemes.

More generally, rivers and mountains featured strongly in the sense and awareness of terrain of people before the situation was changed in the late nineteenth century with the use of high explosive. We find this difficult to understand. What can the Chilterns, a range of hills which Shakespeare had to cross en route from Warwickshire to London, mean to an age that can easily blast a hole through the escarpment, as, dramatically, with the M40 motorway at Stokenchurch? The same is true of less prominent features, such as Failand ridge which is now carved by the M5 east of Clevedon. Rivers can be bridged and marshlands drained.

Standards of road maintenance were low. Upkeep was largely the responsibility of the local parish, which was a civil as well as a religious entity, and the resources for a speedy and effective response to deficiencies were lacking, as were the organisation and will. It was scarcely surprising that medieval merchants, who were among the main sufferers from dreadful roads, left money for repairs in their wills. Looked at differently, the needs and resources of government were in equipoise: in the contexts of the technological, organisational and resource limitations of the period, the rapid and predictable dispatch of messages was not of sufficient concern to ensure that England’s rulers leant hard on local élites to improve roads.

The slowness of land travel, the difficulty of moving bulk goods, such as grain and coal, overland, and Britain’s island character, all ensured that trade and travel by river and sea, rather than on land, were far more important than today. Aside from the poor nature of the roads and the relatively few bridges, the need to feed the draft animals required to pull laden wagons led to an emphasis, instead, on water transport. Boats were more important than bridges in crossing rivers and, even more, the numerous estuaries on England’s indented coastline such as the Humber, the Tyne, the Mersey, the Dee, the Dart, the Exe, and the Thames. Ferries across bodies of water, such as the Solent or the Bristol Channel – in the latter case from Sully near Cardiff to Uphill in Somerset, and from Beachley to Aust – were significant.

The importance of rivers focused attention on those bridges that existed. Bridging points, such as Exeter over the River Exe and Oxford over the River Thames, took a central role in the communication system, as did ferries. The seven-arched medieval stone bridge over the River Tyne at Newcastle was a crucial feature of the city’s local, regional and national position. The same was true of Gloucester and the River Severn. London Bridge remained the lowest crossing point on the Thames, and there was no road crossing of the River Tamar downriver of Gunnislade.

Frequent references to the flow of rivers assume that listeners were very familiar with the experience of being on the water, as when Julia tells her servant Lucetta that she will follow Proteus to Milan. She compares true love to a stream flowing naturally:

“The current that with gentle murmur glides,
Thou know’st, being stopp’d, impatiently doth rage;
But when his fair course is not hindered,
He makes sweet music with th’enamell’d stones,
Giving a gentle kiss to every sedge
He overtaketh in his pilgrimage;
And so by many winding nooks he strays
With willing sport to the wild ocean.”
(Two Gentlemen of Verona, II, vii.)

So also with the death of Ophelia in Hamlet. Gertrude explains that, while insane, Ophelia had fallen into a “weeping brook” and eventually been pulled down by the weight of her wet clothes:

“her garments, heavy with their drink,
Pull’d the poor wretch…
To muddy death.” (IV, vii)

Although with very different contexts and purposes, the two passages resonate in poetic description, with Julia’s river matched by the description of the plants that Ophelia collected.

Many settlements and country houses, for example Antony House in Cornwall, were best approached by sea. More generally, water – both the sea and inland waterways – had far more of an impact on people’s lives than is the case today.

At Dunster Castle in Somerset close to the Bristol Channel, there is an allegorical painting by Hans Eworth dated 1550 of Sir John Luttrell, the owner of Dunster, depicting him emerging half-naked from a storm-tossed sea, while, in the background, sailors abandon a sinking ship. Few people knew how to swim, and ships lacked safety equipment. Dutch paintings of the period, for example by Jacob van Ruysdael (c. 1628-82), include harrowing scenes of ships being sunk in storms or threatened with sinkings.

Winter voyages were harshest and most dangerous. This was true not only of long journeys but also of the numerous shorter trips that were so important for trade and transport, such as those in the Bristol Channel. More generally, journeys, both at sea and on land, that could be undertaken in the summer might be impossible in winter, and to a degree that is not true today.

With many thanks to author, Jeremy Black. For further information on Thornbury Castle, please listen to his podcast here, where he discusses Thornbury as one of the important fortified palaces and manor houses of the sixteenth century.